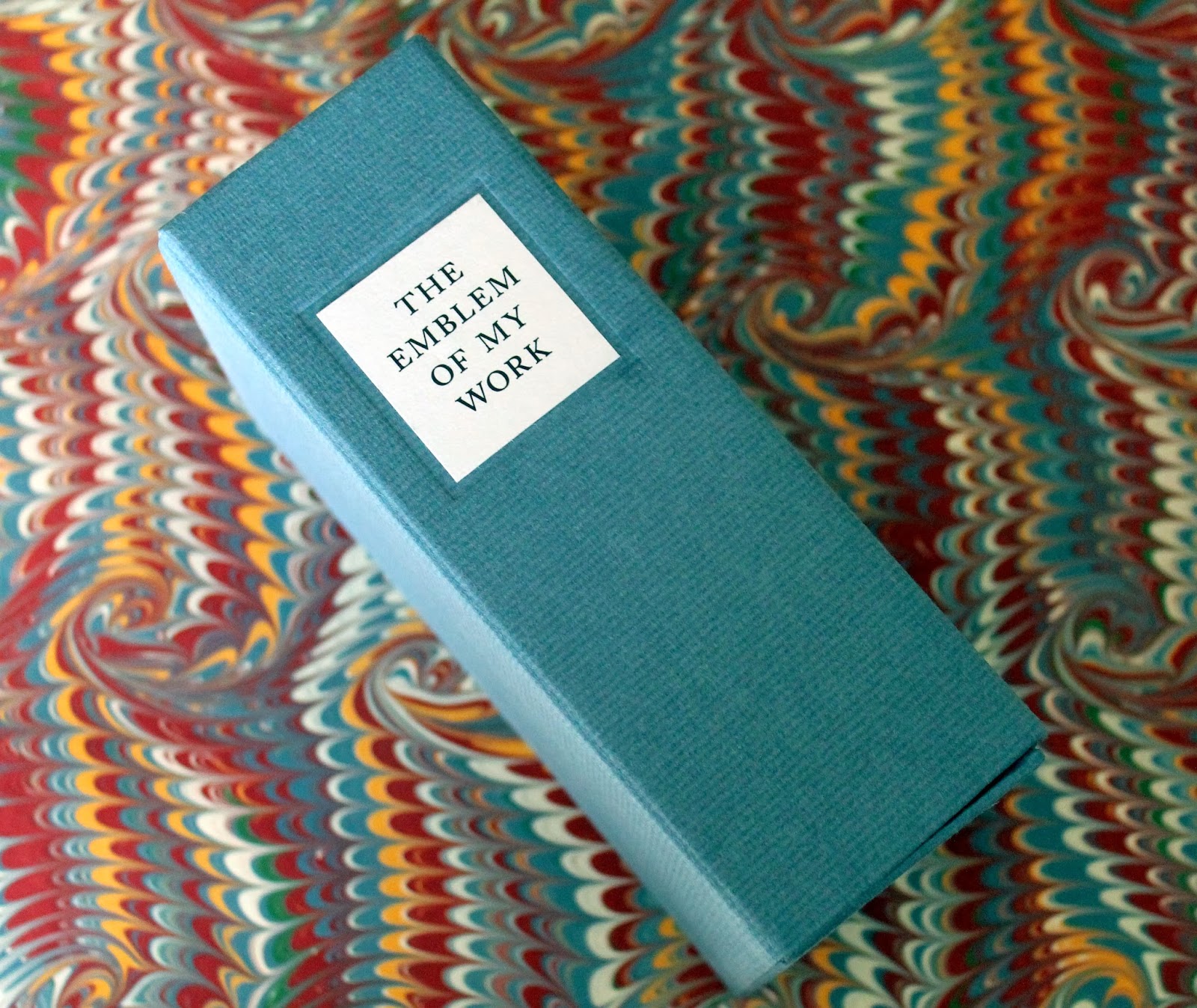 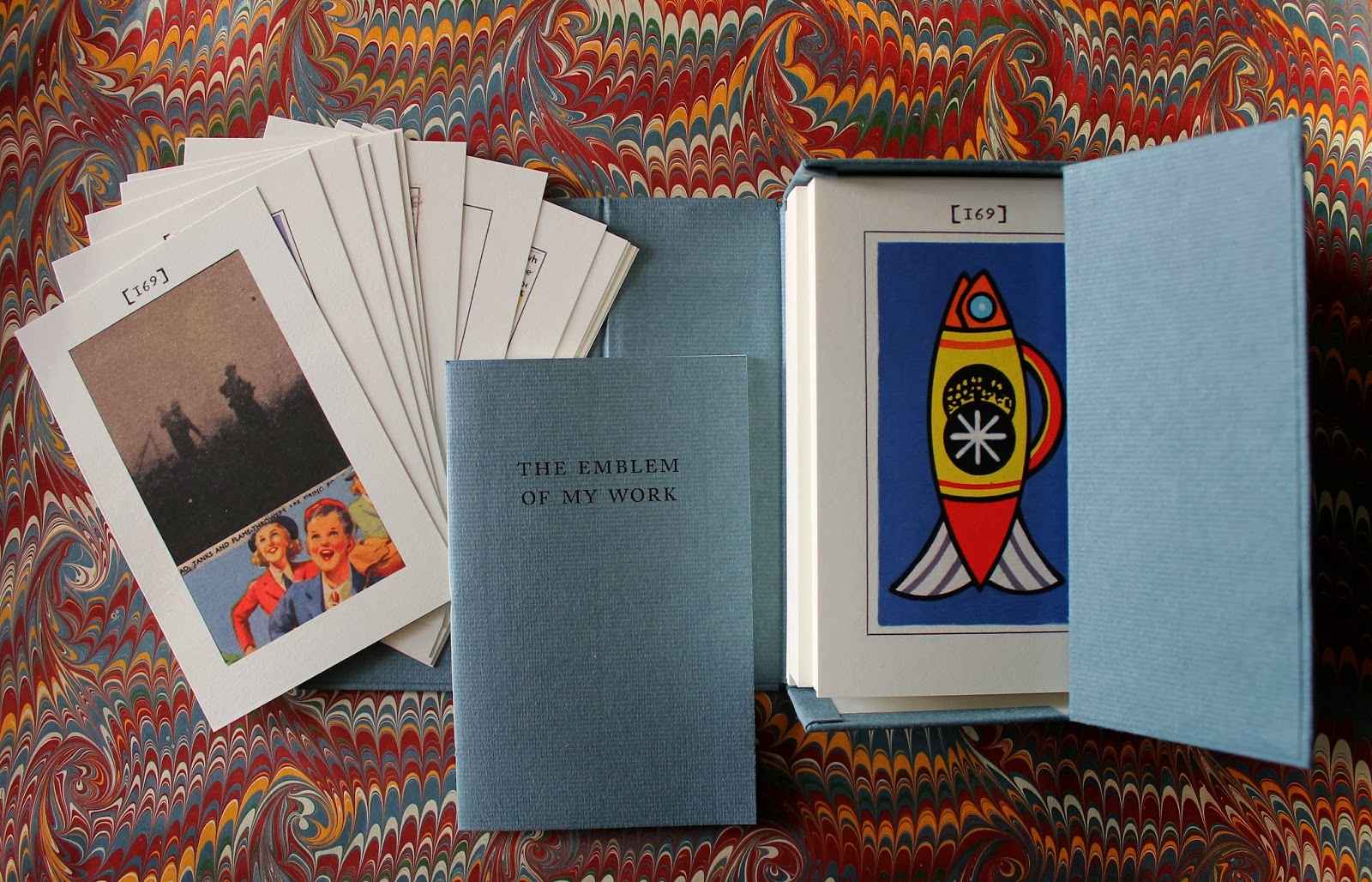 Finally, this box of delights has been concocted where the identity of each Emblem-maker can be discovered in the booklet provided.  The catalogue is limited to 225 copies of which only 55 are available (170 copies are reserved for the participating artists and writers).
If you would like to reserve a copy, please contact the Curator at Shandy Hall.
The catalogue has been produced for the Laurence Sterne Trust by Colin Sackett.
Each contains an original, miniature marbled page by Payhembury Marbled Papers.

Thanks to all participants. Successful bidders will be contacted in the next week with further details.

We are grateful to all bidders and contributors for their support.

To celebrate the 250th anniversary of Sterne's marbled page, which Sterne described as 'the motly emblem of my work', 169 artists and writers have been invited to design the Emblem of their own work.
Each contributor has generously donated the result to raise funds for the Laurence Sterne Trust.

This blog shows the names of all the contributors and images of the works which can be seen in the Shandy Hall gallery until 31 October 2011. Each Emblem is displayed - but the maker's name is not visible. Each Emblem is for sale by auction and the current bid is displayed underneath each Emblem.

Make sure you see all the Emblems by using the 'Older Posts' button at the bottom of each page.

Any further information will be posted via Twitter @LSterneTrust.